A creepy tale for Halloween 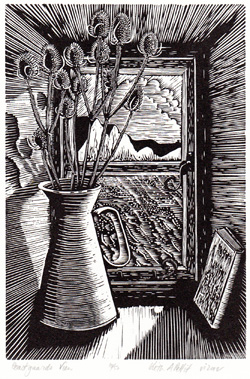 A wonderful coincidence regarding this print 'Coastguards View'- spooky enough to be a Halloween story!

This print had a slightly strange metamorphosis (strange but not spooky, that comes later). a person I met a couple of years ago from Alfriston- Jenny, I linked up with on Facebook, she posted a photo entitled 'The view from my friends front room window' it showed the view of the Seven Sisters form the coastguard cottages. It obviously lodged in my subconscious, when the idea for this print then emerged a few months later, thinking it would make a nice engraving and an interesting twist on the rather hackneyed view of the seven sisters, I trawled through my acquaintances photo's on Facebook (which I admit did feel a little grubby!). When I finally found the photo, I was quite surprised to find it didn't at all resemble the picture I had formed in my head. 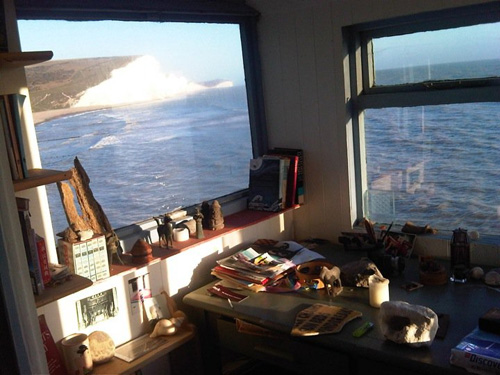 None the less I happily proceeded with the preliminary sketches until I came up with the artwork I was happy to produce an engraving from.

I was very excited that the sketch made £112.00 pounds (which was roughly the 70th highest price out of nearly 600 entrants). 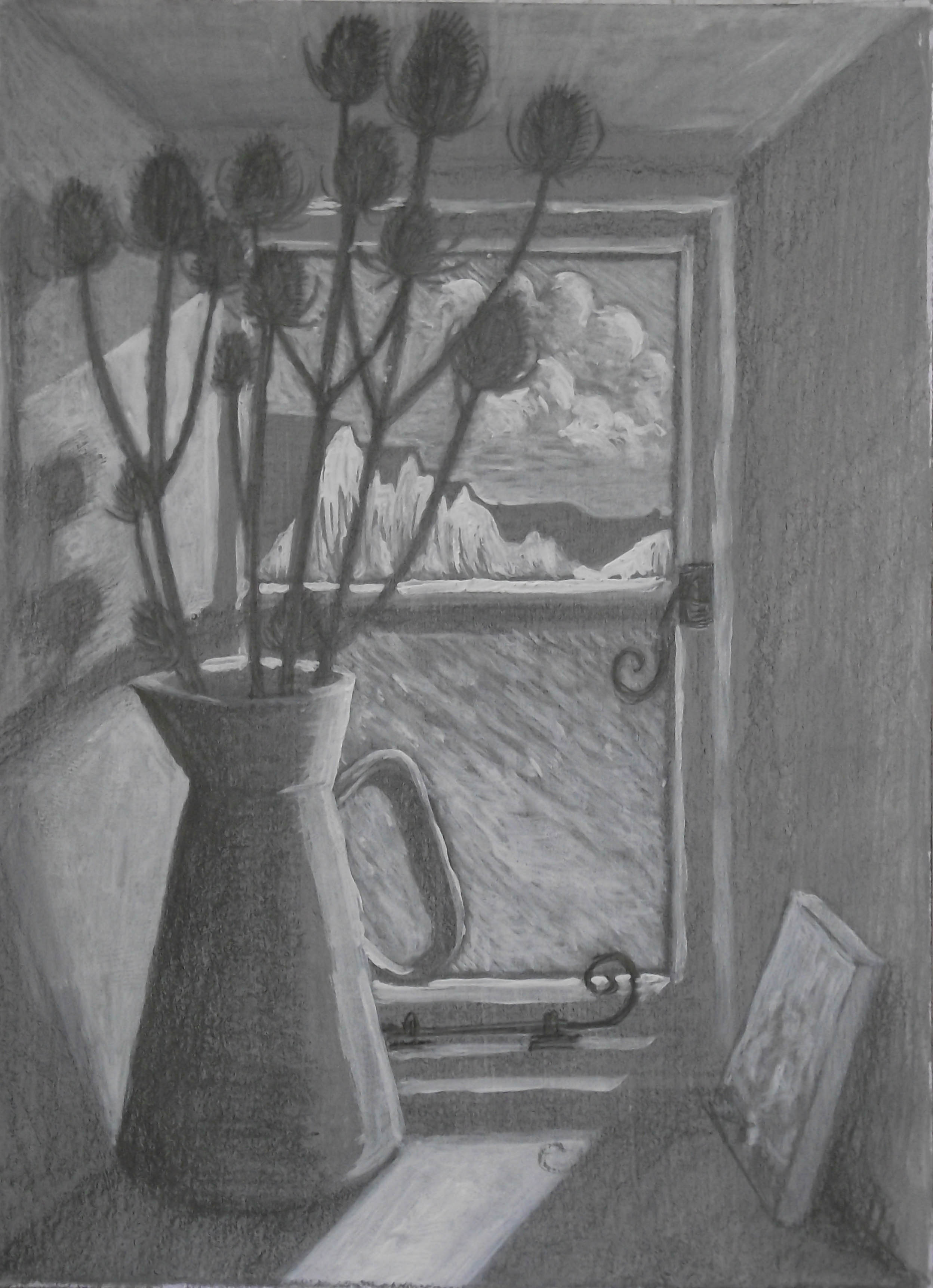 The engraving has been very successful, this summer.

During my recent Open Studio, I had a visit from another couple from Alfriston- Kitty and Michael (mutual friends with Jenny). They where really struck by the print- and wondered where I had got image from- I explained it was from Jenny- and told the story of how the idea came to me. They told me the view was exactly like one they have from a property they owned and said they thought Jenny had never visited them there- I described that when I re found the photo it was nothing like the view that was in my head. After some confusion it turns out Kitty and Michael do have a property at the Cuckmere Haven and Jenny never has visited it, as her view was clearly from the cottage and Kitty and Michael's property was a single story fishing hut (called the Cable Hut) behind the cottages. Still struck by the similarity they bought a copy of the print as a present for there daughter in the USA.

Kitty later sent me an email with a photo she had taken of 'her' window so I could see why they were so struck by my print, she wrote "I have attached a photo of the window in our cable hut which is so like the one that you constructed in your own way. It is creepy really. We are delighted with our print and will pretend it was of our window"- scroll down to see if you agree about the 'creepness'. I can honestly, hand on heart say I have never been in the hut, nor looked into the window- I promise it is just an odd coincidence. 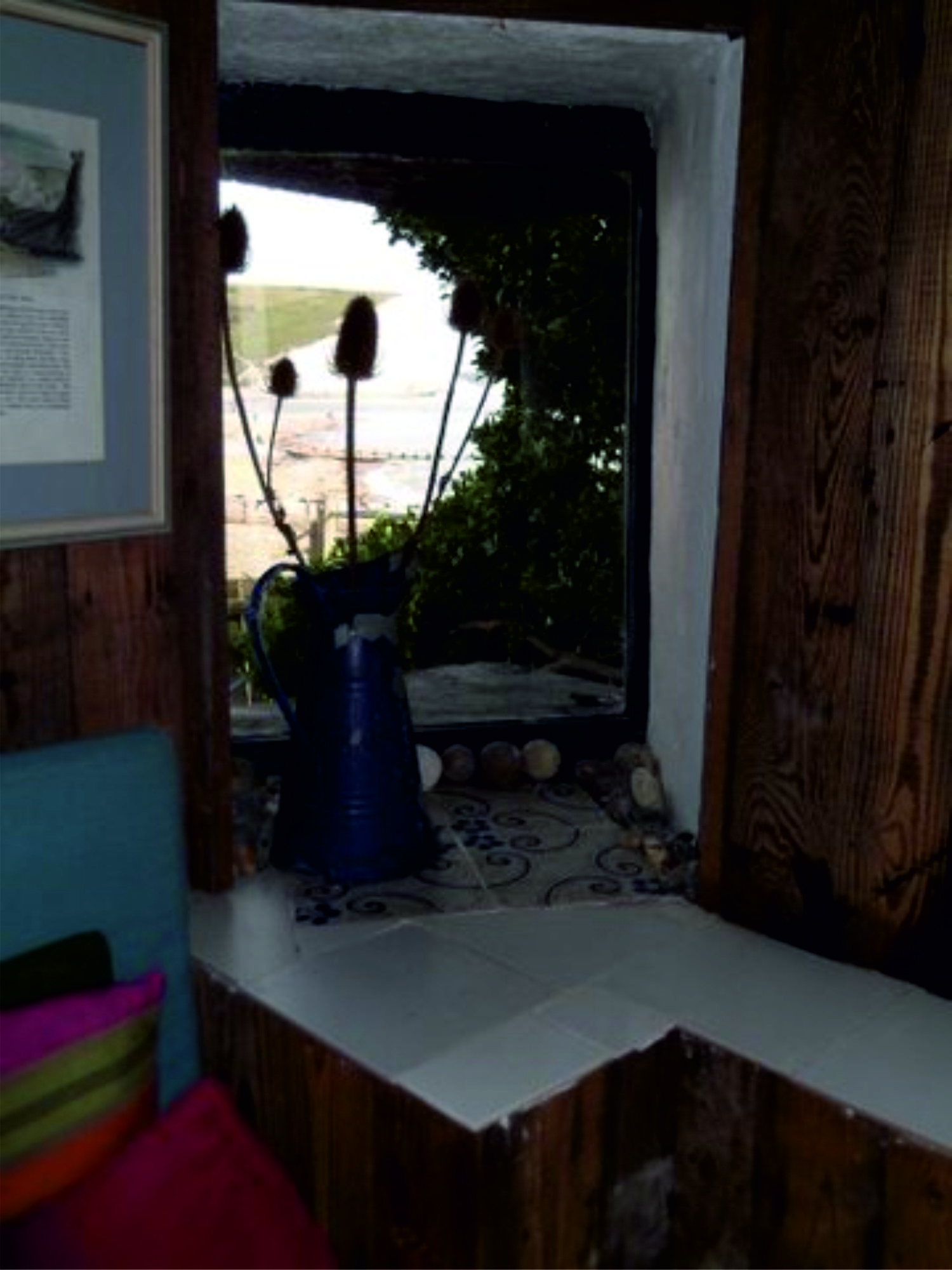 Other theories I would welcome!