Posted in Other News 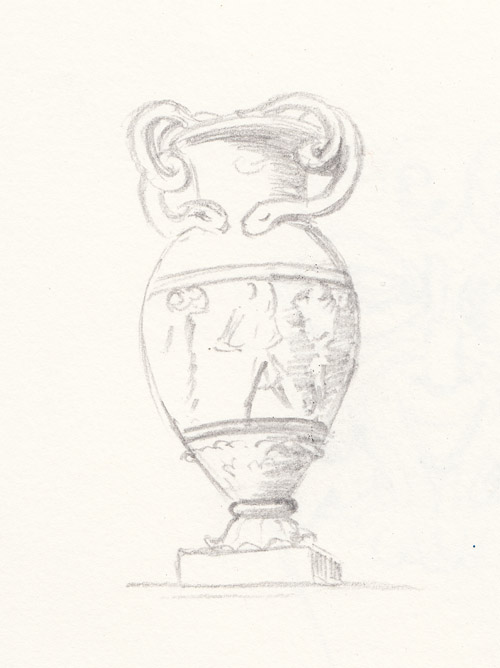 An invite out of the blue to visit the Queen for one of the annual tea parties.

I recieved my invite through the Jubilee Beacon I organised, clearly it wasn't built by myself, there was a great community effort, you can find out more here: The Story of East Hoathly's Jubilee Beacon sculpture-

On the invitation it clearly stated that there was to be no photography- so I took a sketch book instead. Managed to draw some very hurried thumbnail sketches, I thought I'd share them with you. 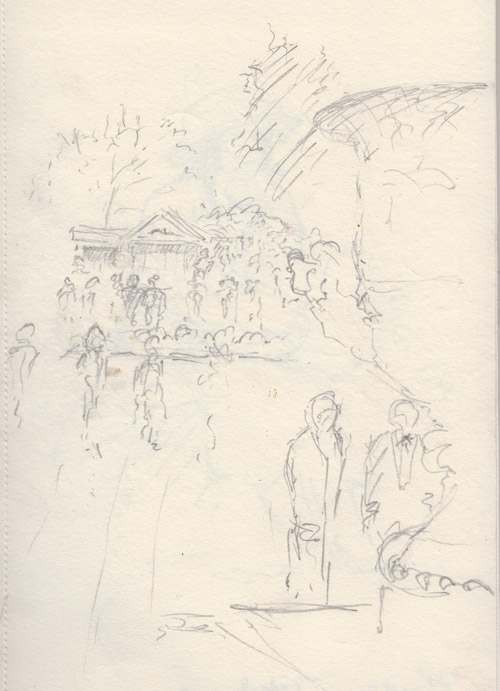 After being shown through the Palace we entered the Gardens via the western terrace. We decided to walk around the gardens- the Palace gardens are 40 acres in size. The first sketch shows the Waterloo Urn made for Napolean and obviously brought back as a trophy of war after the victory at waterloo it is a huge Carrara marble, in the background is the very beautiful Admiralty Summer House. 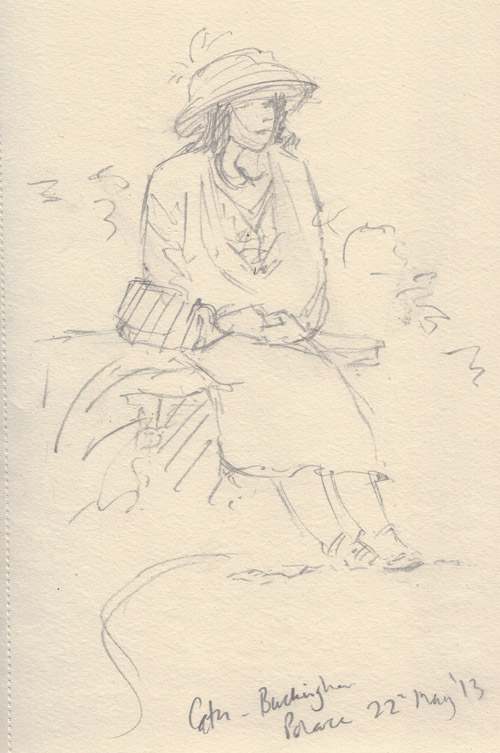 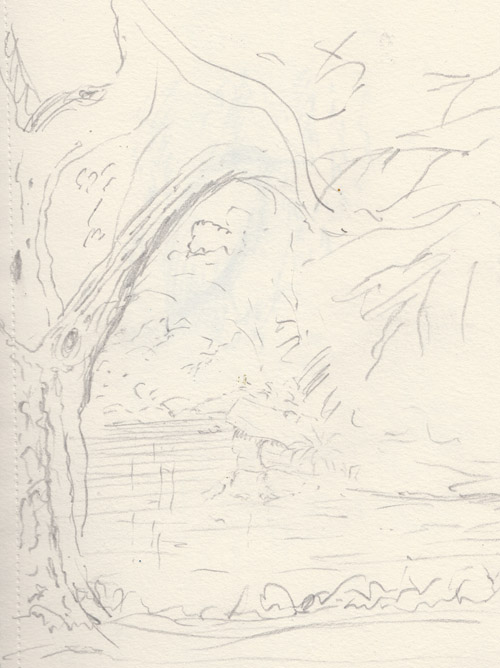 Further arond the Gardens is the large lake. It has an island in the middle. I am assuming the craggy rocks visible in the sketch could well be Pulhamite Stones created by James Pulham- the same designer that created Worth Park in Crawley, whcih is being restored at the moment and I am preparing sketches for some sculptures. 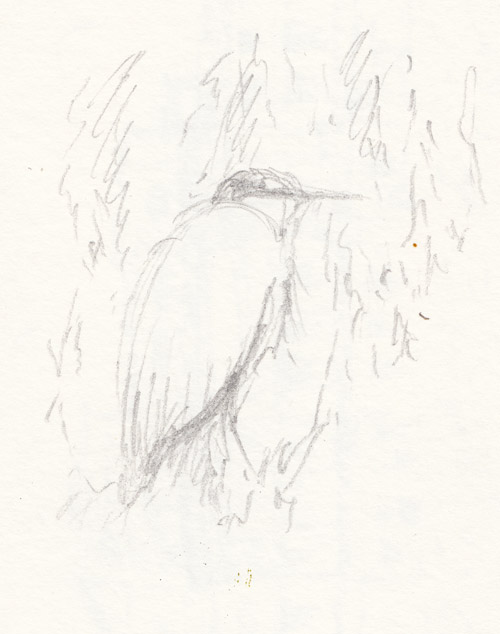 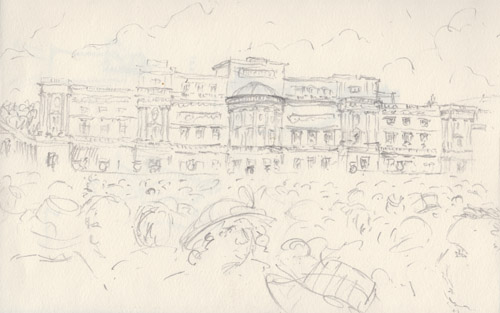 We returned to the Lawns and waitied for the Royal Party, this sketch looks across the lawn back to the Palace. 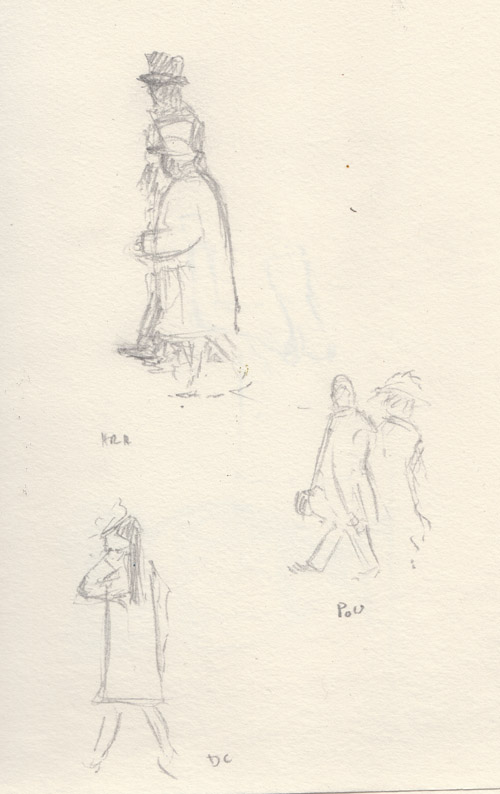 I managed these sketches as the party passed us. Firstly the Queen passed escorted by a tall gentleman. The Prince of Wales and Camilla then made their way to the tea tent and lastly Kate - the Duchess of Cambridge.

It was a lovely day, the weather was kind and how glad I was to be able to treat my poor long suffering partner- she gets precious little from me- so to be able to take her to tea with the Queen was fantastic. After the Garden Party ended we made our way- slowly- back through the Palace and back out to the real world!

And we then almost as a last flourish as we waited for traffic lights to change outside the Palace, Kate was rushed past by police motorcycle and range rover escort, she didn't wave (!)

We decided as it was such a nice evening we'd walk down the Mall to Trafalgar Square - where we saw Boris Johnson on his bicycle waiting for us to cross at the traffic lights - which was a little surreal!