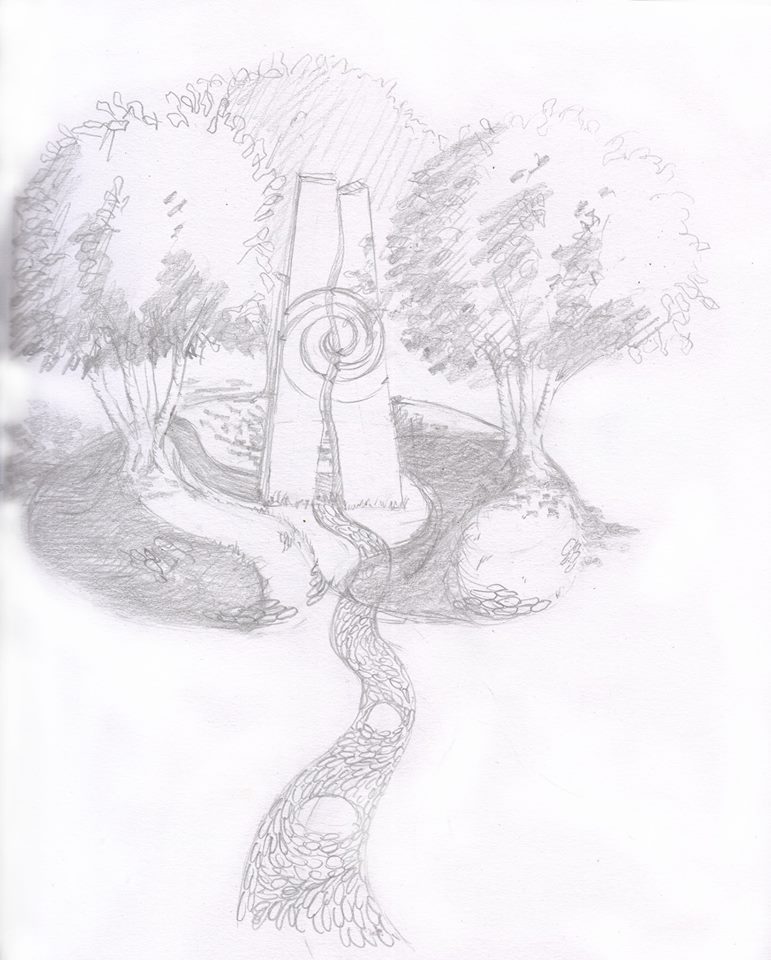 Following my amazing visit to Germany back in the Autumn, I was massively honoured to be approached by this beautiful German village on the edge of the Black Forest to help them celebrate their 750th anniversary celebrations this summer

I've been asked to create a sculpture in the village that captures a little of the history and community of this lovely village.

Hopefully if everything can be sorted out, I shall be flying out to Germany mid June to spend a few weeks working onsite - can't wait!          Here's my overview and the 'story' behind the sculpture:

At the middle of the sculpture will be two timber beams. The posts will lean on each other, symbolising the strong community within the village. The inside of the two beams will be carved in a way that will create a wavy line when they are lent together. This symbolises the Seltenbach a stream that passes through the village on its way to feed the Rhine. On the face of the beams will be cut a double spiral. At the beginning of Lent the village holds its own 'bonfire' celebration called Fastnacht Fuer. The batchelors of the village build a bonfire on the opposite side of the Selentbach and amongst other thing use long whippy poles to 'whip' small wooden (and fiery) discs across the valley toward the village.

The timber 'monolith' will be surrounded by a bank made of local soil and limestone to make the soil as poor as possible to help the natural flora colonise, higher up the hills of the village are beautiful - almost alpine summer meadows. I'm hoping to recreate those around the sculpture. The bank represents the protection the community feels from the togetherness of the village - however the gap at the front of the bank shows the village is open to all to come and go freely. I will like to plant three Hazel trees (corylus avellana), the three trees symbolise the Holy Trinity and the strong Catholic faith that has run through out the history of the village. These trees would need coppicing; every six or so years, this would give life to the sculpture and it would change year to year, season to season as the trees changed and grow. Slowly hiding the sculpture and revealing it again as they are coppiced and as the leaves come and go through the seasons
The wavy line between the two beams will continue on the ground created by Limestone stones (that are found around Schmitzingen,  symbolising the stream leaving the village and heading away to Waldshut and the Rhine.